The Blog / Mountains Of The Mind 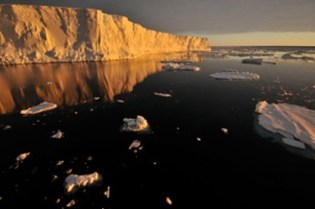 When in surroundings such as many of us involved with this expedition have experienced over the last few weeks, it’s easy to let one’s mind wander with abstract thoughts, promoted by the immensity of this landscape. Here’s some thoughts and visions that prompted me to producing a piece writing. Hopefully penned in the same vein as one of my favourite books about the North – Arctic Dreams by Barry Lopez, He titles it ‘Imagination and Desire in a Northern Landscape. I hope I have done it justice with this piece focused on Antarctic ice.
Mountains Of The Mind

The evening colours last night made it very difficult for me to drag myself off to bed in the early hours of the next morning, staying awake for the deepening reds & crimsons of the coldest part of the day. Frustrated I can’t show my soul mate first hand, so having to describe as vividly as my vocabulary allows.

It is so easy to want to keep taking photographs, but it never paints the whole picture. It won’t capture the coldness in the air as the heat goes out of the orange orb for just a few hours of the 24. But the sun at this low declination allows the shear craggy faces of the ice bastions floating alongside us, to be lit like blocks of gold bars. I spent some time alone up on the very bow of our metal life support machine – this is the furthest I can get away from the constant drone of the massive engines, the heartbeat of our island. The bridge being the brain, the galley the digestive system, cranes the large muscle groups, the officers, deckies, cadets & expedition staff the blood cells. The blood filling the arteries & veins of the holds, corridors & walkway of this amazing structure. The cells carrying and delivering, each job as important as the other.

When in Canada, I discovered “Forest Bathing”, I think it was called, being immersed deep among the lifeblood of the grand timbers. Up on the bow last night, this constant slow rolling swell, dampened by so many tonnes of younger, flat floes, alongside contorted multi-year ice, many with 3-4 years of pressure formed in them; some white, some dirty with moraine spoil & scars, one or two like jewels in a crown, intense ice blue, deep fissures but rounded where once the underside of a diminishing, one time larger berg, now rolled – no, capsized. Revealing its underside as it slowly dissolves, giving up its icy heart to the relentless movement of wind & swell as it, along with others traversing around this behemoth of a continent, moves on its centrifugal journey north.

Returning to my un-tethered imagination of this seascape; well, it was like the ocean was breathing; big, sighing, rhythmical breaths, laboured by the cumulative weight of the ice on its massive chest. Akin to a climber at altitude where breathing is so much more calculated than in everyday life.

We could now see into our bay where many tonnes of ice shelf had stood only hours earlier, indeed this had been where we unloaded stores, several hundred drums of fuel, 25t bulldozers. The flat ground where the ship’s derrick had craned our cargo, now disappeared 50- 70 metres back from the edge, fractured at a crevasse system weakness we had discovered and evaluated before starting discharge. The power of this unforgiving swell erupting with life, generated maybe a thousand miles out to sea, the first obstacle it meets is the ice foot of our discharge ramp. After constant gnawing from previous swells, assisted by the sun and its solar radiation & gradual ablation, weakening and growing the delicate cornices and snow-loaded overhangs from above, it takes one final swell to start a gunfire of ice cliff collapse. Like the last jenga block removal, as one part of the ice cliff surrenders to the black-blue waters fathoms below. So this sets off a domino type reaction of further ice cliff explosions, left precariously unstable by the disappearance of the first, toppling to create a new landscape. This pristinely clean, virgin ice edge, looking out of place in the shelf body, in time, will suffer the same consequences. But only for the huge volumes and velocities of ice sloughing off the continent from the high Antarctic plateau does this conveyor continue. Indeed some ice shelves are growing rather than shrinking

Subsequent swells we can see rolling along the bottom of the ice cliffs, reaching a cave in the ice, a zawn, gully or rift. Black and booming in its darker reaches but erupting with noise, exploding spray and power of the reverb & chaotic forces of water meeting a solid object send plumes of spray, like dust skywards; captivating and dramatic in its audacious display.

How could a mortal sleep after witnessing such creation in the making.