Late last night the five of us stood and watched as a Twin Otter aircraft appeared from the west. We knew it was coming and had been sending weather reports throughout the day and at last it was nearly with us. Conditions weren’t great and it did a few circuits before landing and taxing to where we were stood. At that moment we were no longer alone and the 9 months of our isolation was over.

It was a rush of handshakes and ‘hellos’ and a slight awkwardness as the two worlds met. Have we entered their world or have they entered ours ? Its not quite clear and over time they will just merge.

Soon we were unloading bags from the aircraft and moving drums for a quick refuel and the activity covered the strangeness between us.

With the aircraft gone we returned to our caboose and the 7 Belgians started to sort themselves out at their Station. They have much to do as they get it operational after the winter.

It was a late night and a slightly unsettled sleep as the merging worlds try to find their place. 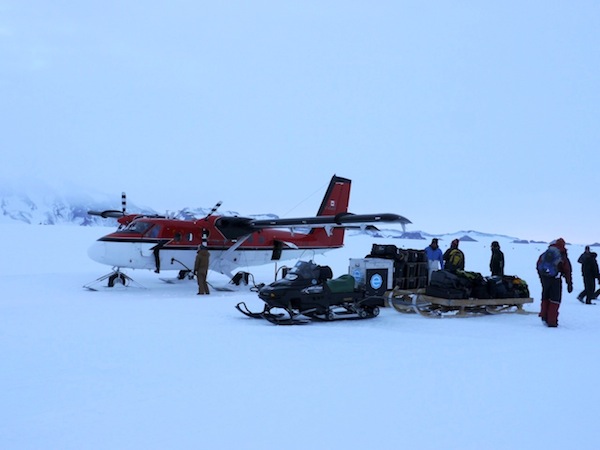