Posted by Hugh Bowring in Progress Report on May 26, 2013

The team have spent the last two days using the GPR to survey the start of the 5km route back to the other six fuel scoots, which they need to reach in order to get the full Ice Train back together as a complete unit. This works by using one Cat to house the GPR unit and with two people working on foot with the antenna (see picture).

Progress has been slow, with the team only surveying 500m. Several crevasses have been identified by the GPR as lurking underneath the surface, although the bridges are still intact; one of the Cats has been used to bulldoze snow over these crevasses to strengthen the bridging ready for crossing.

Tonight will be the second night in a row when the Cats are kept running so that they do not need to be warmed in the morning (which usually takes four hours plus) and the team can get to work straight away. However, the Cats cannot just be left idle and will require two-hourly attention during the night to keep them operating properly.

The intention for tomorrow is to move as many loads as possible (total 5) to the extent of the surveyed area, much of which will be done on the winch cable to reduce bridge loading. The team will then start GPR survey work again to verify and prepare the route further ahead. 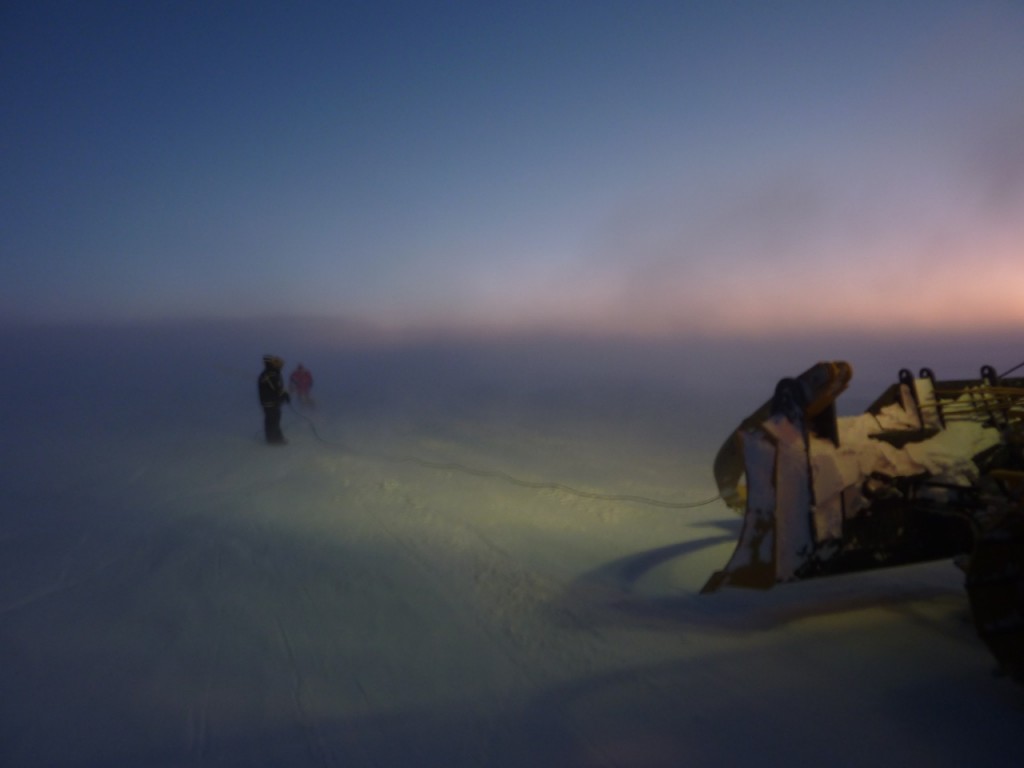