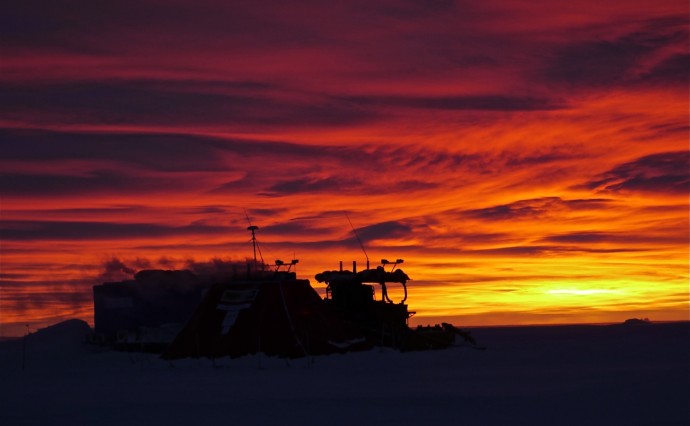 The sun set on the Ice Team some weeks ago by as you can see hear they still benefit from the most beautiful twilights which lighten the skies for an hour or so each day now. This picture was taken by Brian Newham four days ago when the wind dropped. As he put it, it was “quite pleasant in the garden” that day!

Posted by Hugh Bowring in Progress Report on May 26, 2013 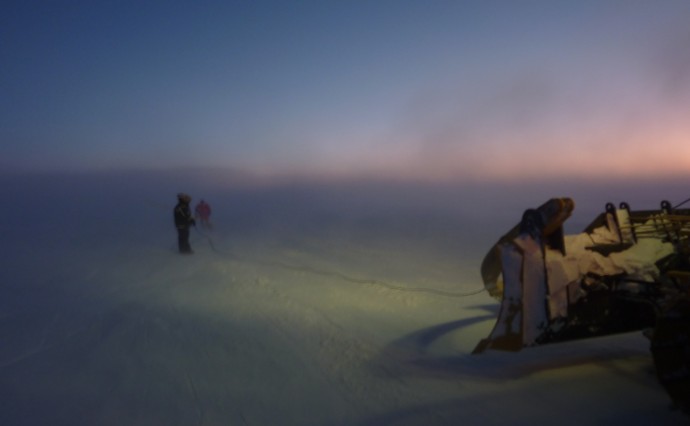 The team have spent the last two days using the GPR to survey the start of the 5km route back to the other six fuel scoots, which they need to reach in order to get the full Ice Train back together as a complete unit. This works by using one Cat to house the GPR unit and with two people working on foot with the antenna (see picture). Progress has been slow, with the team only surveying 500m.