Posted by Hugh Bowring in News from HQ Progress Report on April 6, 2013 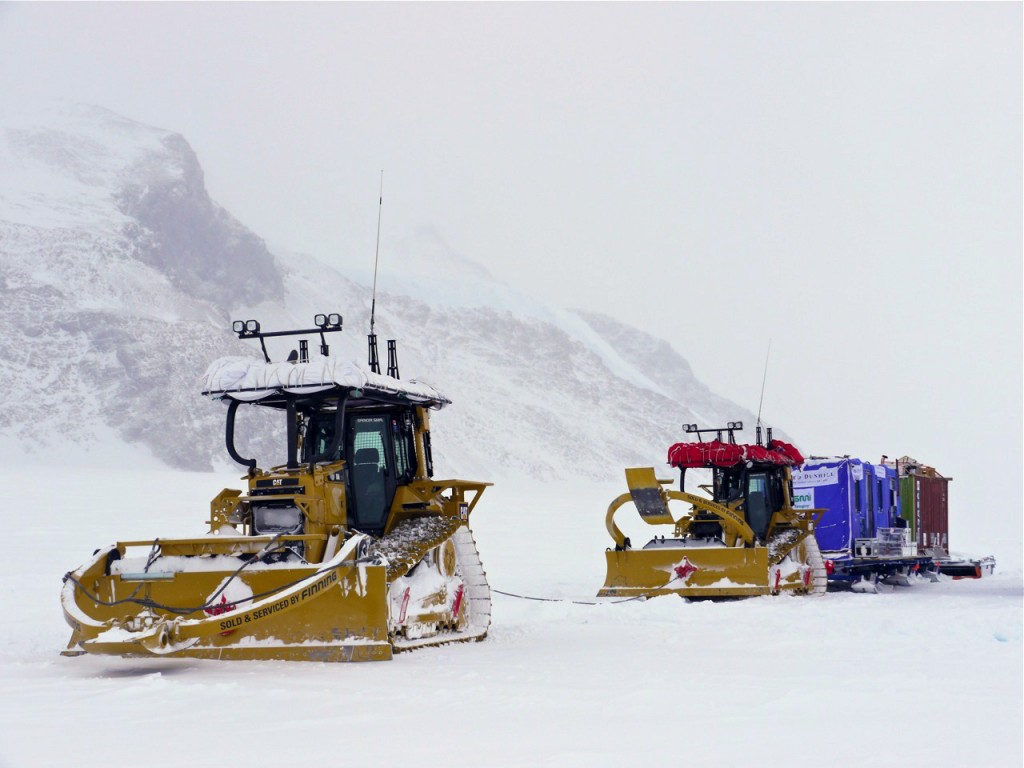 The Ice Team set off this morning in moderate conditions, hoping to make 24km south and get themselve at the edge of a blue ice area and the start of another 7km section with steep slopes and crevassing. The winds have crept up a little to around 13knots and the temperature is approaching minus 20C.

The team are hoping to build on their good work of yesterday during which they covered 13km across difficult terrain to reach their overnight camp at S72 16′ 18.7″, E023 25′ 02.7″, which is 2,193m above sea level. This involved ferrying all loads through a 7km technical section (see pic) without problem; however, consistently poor visibility and contrast meant the team would have been unable to travel through this section so quickly if they had not done so before and been able to mark it out.

The longer term intention is to continue to ferry loads through the next difficult section to get them to their previously established depot. Once they have reached the depot they will then be at their maximum load for the journey and entering unchartered territory.