Posted by Hugh Bowring in News from HQ Progress Report on April 28, 2013

Following Rob Lambert’s blog earlier this evening, there can be few readers who do not now understand just what a nightmare the Ice Team finds themselves in on this seemingly endless patch of blue ice. I think what he writes about how it would be a breeze on foot says it all: the Cats might be the only chance of crossing the Antarctic in winter, but they have their downsides for sure.

Rob wrote that this morning and since then I am pleased to report that there has been some progress today despite unfavourable conditions – again. Twelve of the 14 fuel scoots have been painstakingly shifted approx. 500m west along the marked route towards the edge of the blue ice, moved in groups of three with much of the distance travelled being down by winching . This is a slow process, but by far the safest. As you can see from this photo the team are not exactly working with great visibility!

The plan for tomorrow is to move the cabooses and storage ISO followed by the remaining two fuel scoots. Once all units are at this next staging area the team will start moving a further 300m west which will put them on the edge of a known area of upheaval. Once there they will need a more detailed look at the upheaval area before starting to move loads through. There’s still a lot of work to do before things start getting any easier – and by that time it was be almost permanently dark and the temperatures will continue to fall.

But hey, polar expeditions were never meant to be easy! 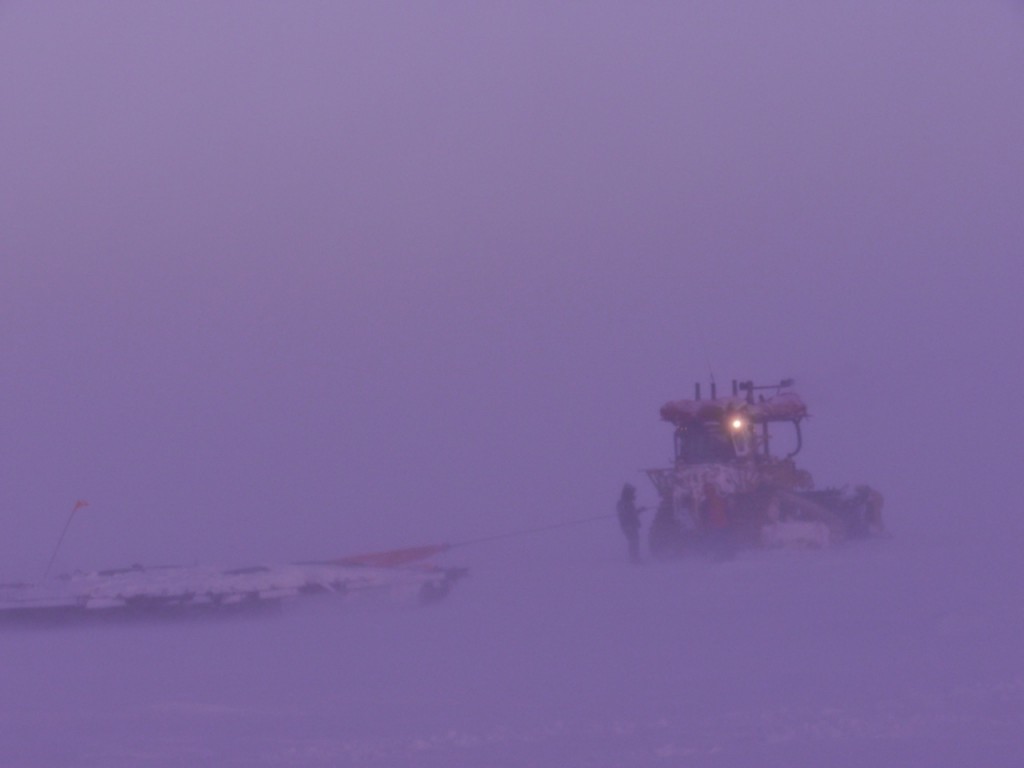