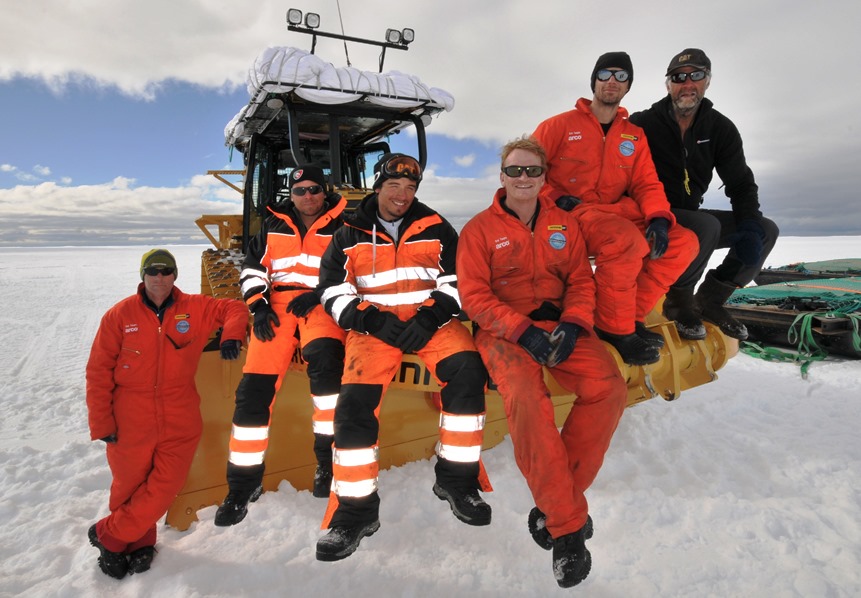 Fiennes, right, with team mates before getting frostbite

Co-leader of The Coldest Journey, Sir Ranulph Fiennes, said today that he had every confidence that the Ice Team would make the best out of any difficult situation after we revealed yesterday that the team had suffered a series of setbacks in recent days.

Whilst the Ice Team were making good progress today in difficult conditions (report to follow), the explorer said no-one should be under any illusion that this expedition would ever be easy, having himself been forced to pull out of the traverse due to frostbite in February.

“Brian and his Team are doing incredibly well under conditions which we knew would be horrendous and which will get much worse,” he said.

“I have complete confidence in their abilities and that their key decisions will be taken in the most sensible manner.”

Nice to know what Ranulph thinks about the teams confidence.