Posted by Hugh Bowring in From the Ice Progress Report on September 22, 2013

Six fuel scoots were moved 5.4km yesterday, and a further six were moved to the same location today.  Deteriorating conditions made it prudent to then call a halt and the cabooses were not moved. We now have just two loads left to move. We also carried out our weather observations for the Met Office as normal, as well as snow sampling, minor Cat maintenance and day one of a five day White Mars project.

If conditions allow, tomorrow we will move the two cabooses, storage ISO and remaining couple of fuel scoots 9km north. This will put us ahead of the fuel scoots and on the edge of a known crevassed area. It will also mean the first time we have slept in a different location in nearly four months. So, a big day ahead – hopefully.

Once the cabooses have been moved 9km from the current camp we will be on the edge of a crevassed area. We will then have two weather options: if conditions are good we will GPR the route through the crevassed area; if conditions are less favourable we can go south and collect the 12 fuel scoots that will be 3.4km to the south of the camp.

We will keep you posted. 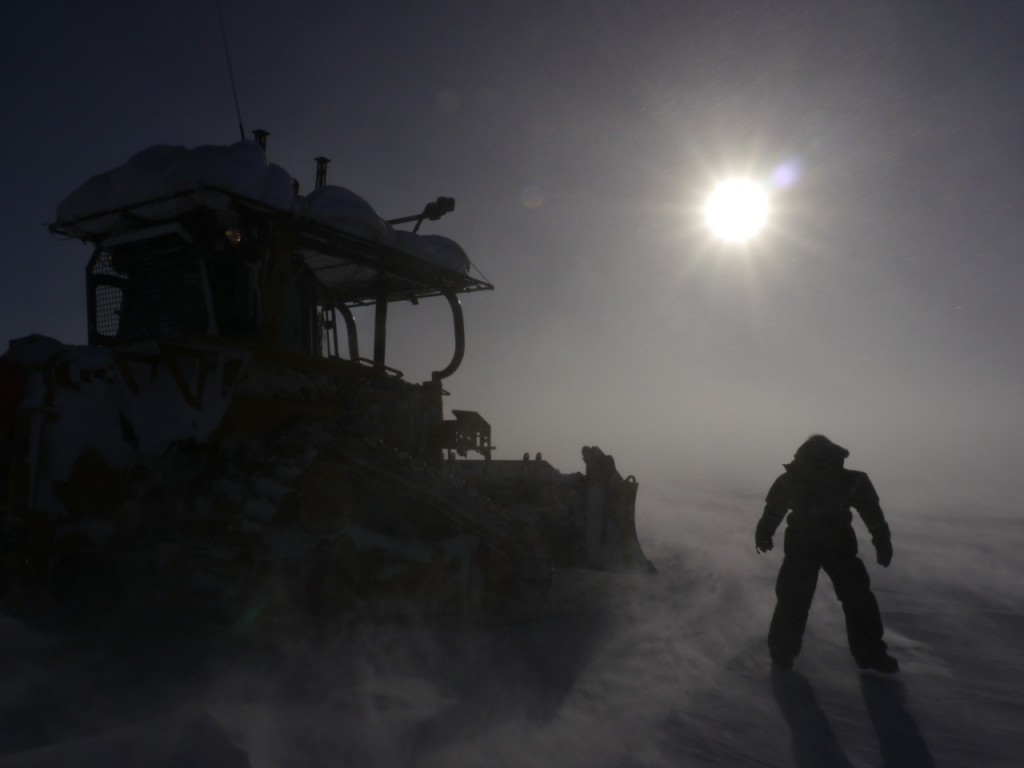