Posted by Hugh Bowring in Team TCJ on November 4, 2013

As you know, the Ice Team has been carrying out a huge amount of scientific research during the expedition, from meteorological observations and snow sampling to the psychological and physical testing of the White Mars project.

Now that the journey is at an end and the team wait to be air-lifted from the continent, we have asked some of the scientists behind the research projects for a little more of an in-depth explanation of what it is they are looking for.

The first summary, below, is from Mike Wong, whose research group is interested in analysing the diversity of microbes in the Antarctic and their cold adaptation mechanisms: 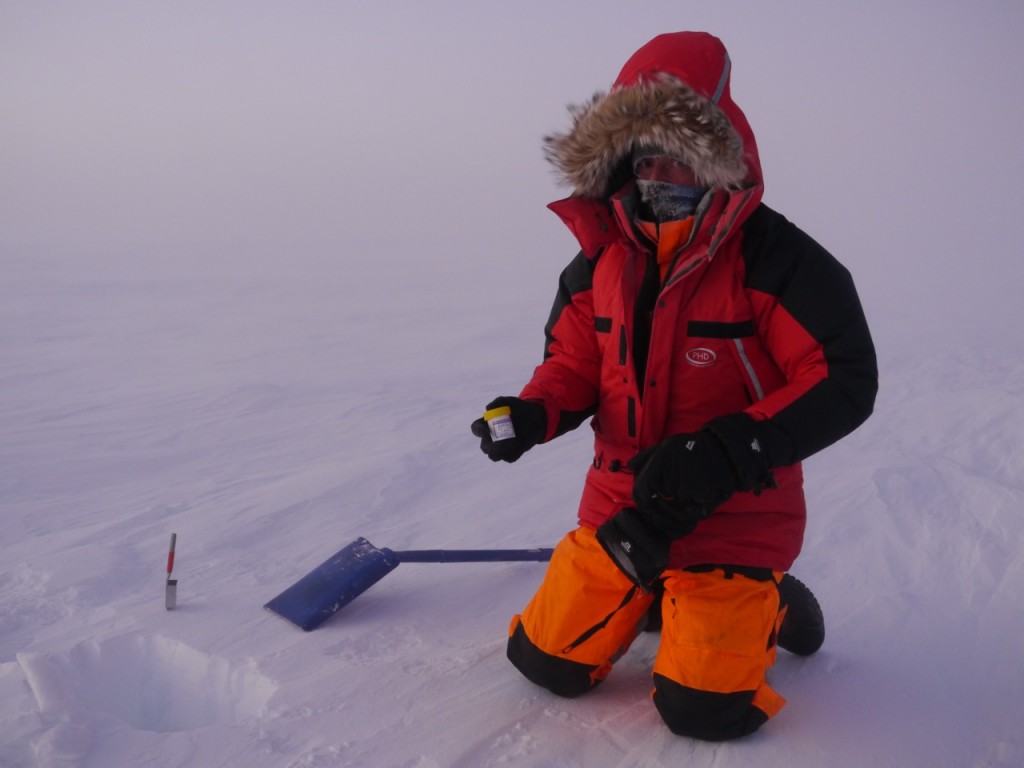 “The Antarctic is well-known for being the coldest, windiest and driest continent in the world. Due to the extreme conditions, limited numbers of living organisms survive there. The landscape of the Antarctic is like a desert with a majority of the areas covered with permanent ice. Living things that survive and grow in Antarctic are limited to lower organisms such as liverwort, mosses, fungi and bacteria. No plant grows there except for two species that are confined to the warmer maritime Antarctic such as the South Shetland Islands. It seems that microorganisms such as fungi, yeast and bacteria can survive better than higher organisms. This is probably due to their simple life cycle and lower requirement for nutrients. The temperature of the Antarctic fluctuates in summer rising to about 10°C in some regions when there is sunlight and drops rapidly when there is a snowstorm. Microorganisms become active when the temperature raises but a rapid drop of temperature can be hazardous to some of them. Our research group is trying to elucidate the diversity of microbes that are present in the Antarctic environments and how some of them survive the rapid temperature shifts.

Psychrophilic microorganisms have adapted well to the freezing conditions and rapid temperature fluctuation of the Antarctic. Like human beings, Antarctic microorganisms have chromosomes made up by double stranded DNA. Specific regions of the DNA contain messages called genes. The message will be copied during a process called transcription (messenger RNA is made) and then this copied message will help to make a certain protein (enzyme or hormones) that is important for cell function. In other word, gene is a specific nucleotide sequence containing a message to synthesize a specific protein that is biologically important to the cell. This process converting the message in a gene to make proteins is called gene expression.

All the living organisms have many genes but not all the genes are expressed at the same time, but rather only when their products are required. Likewise, Antarctic microbes have approximately 3,000 – 6,000 genes in their chromosomes. Nevertheless, only a fraction of those genes are expressed at any one time depending on needs. When there is a drop or rise in temperature the microbes need to re-adjust themselves to adapt to the new temperatures by expressing different sets of genes. This is to ensure that they can survive and grow. However, at the moment we know very little about the diversity of microbes living in many parts of the Antarctic and the groups of genes are expressed say when the microbes are grown at their optimal growth temperature. It is also not clear which group of genes that will be expressed or expressed at higher or lower levels when there is a drastic temperature shifts. Hence, we intend to conduct a survey to determine the diversity, and gene expression patterns of microbes exposed to different temperatures.”