The Blog / Fact of the Day

Fact of the Day

Fact of the Day

What is the Aurora Australis?

The Aurora Australis (also known as the Southern Lights) is a natural light display in the sky created when charged particles from disturbances on the Sun interact with the Earth’s magnetosphere. By extension, the aurora over the Arctic is called the Aurora Borealis, or Northern Lights.

The Ice Team have not seen a great deal of the Aurora Australis so far, which is why we have had to borrow this wonderful pic from the internet. This is partly because the aurora is best observed further south than the guys are camped, and also when conditions are more settled, unlike what the team have been experiencing in recent weeks. If we get some good pics, we will be sure to share them with you! 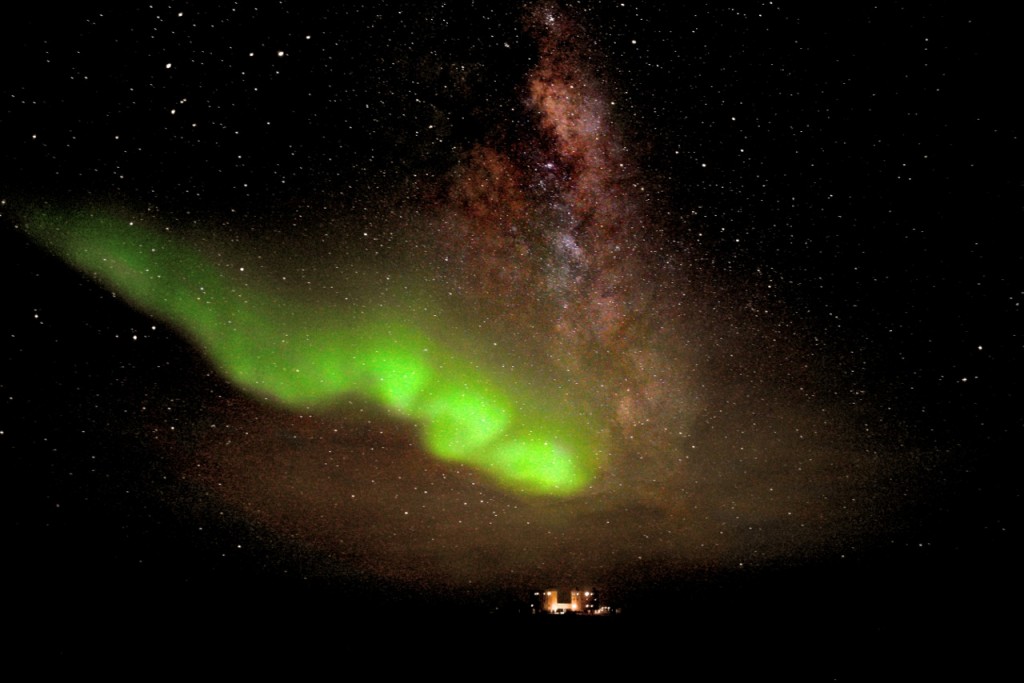 Should have some good aurora over the next few weeks. Keep a good lookout. Check out http://www.spaceweather.com for advance warning.

Thanks Robert! Will do.

I hope you did the right thing and got permission to use this photo when you “borrowed this wonderful pic from the internet”! As a professional photographer myself, I dislike seeing my photos used without my consent, even if the user showers me with compliments. I usually pursue copyright infringers to the full extent of the law. It is a wonderful picture by the way. Wow.

Thanks Eric. And yes we did. Alex Kumar is part of the exedition’s UK-based science team. Kind regards, TCJ Team

Dr Alex Kumar set up the White Mars research for this journey along with Dr Mike Stroud so it’s probably a safe bet that he is aware of the use of this image. Here’s a link to a page on his website that may be of interest: http://www.alexanderkumar.com/sir-ranulph-fiennes-coldest-journey/

Agreed, a great picture! Hope we get some from the Ice Team too.