In 1820, several expeditions claimed to have been the first to have sighted Antarctica, with the very first being the Russian expedition led by Fabian Gottlieb von Bellingshausen and Mikhail Lazarev on 28th January 1820.

The first landing is alleged to have taken pace just over a year later when American Captain John Davis, a sealer, and his men were the first recorded humans to have claimed to have set foot on the newly discovered continent of Antarctica on 7th February 1821. They landed at Hughes Bay (64°01’S) looking for seals. However, there are many people who think that Carsten Borchgrevnik and Leonard Kristensen were the ones who first landed on the actual continent, in 1895. 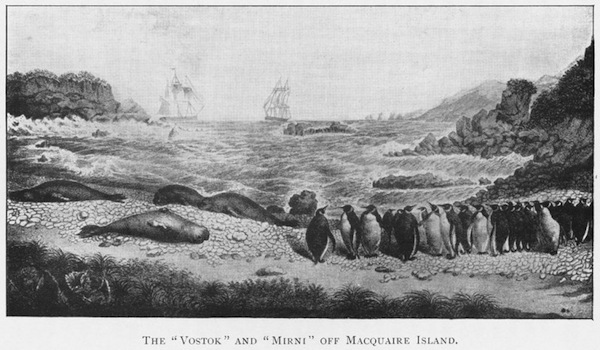