The Antarctic ice sheet is the largest single mass of ice on Earth. It covers an area of almost 14 million km² and contains 30 million km³ of ice. Around 90 per cent of the fresh water on the Earth’s surface is held in the ice sheet, an amount equivalent to 70m of water in the world’s oceans. In East Antarctica the ice sheet rests on a major land mass, but in West Antarctica the bed is in places more than 2500m below sea level. It would be seabed if the ice sheet were not there.

Even in summer Antarctic temperatures are below 0°C and so frost and snow crystals that gather on the surface of the ice sheet do not melt but accumulate year-by-year. As these crystals are buried the weight of the crystals above compacts them together. Eventually, they are transformed into dense and impermeable glacial ice.

Glacial ice seems solid but under the tremendous pressures it experiences in the ice sheet, it will flow like a viscous liquid. This means that the ice sheet does not continue to get thicker as new snow falls but, under the action of gravity, flows over and around obstacles toward the coast. The ice sheet acts like a conveyor belt, taking snow & ice from the atmosphere and delivering it back to the sea.

Although the surface is cold, the base of the ice sheet is generally warmer, in places it melts and the melt-water lubricates the ice sheet so that it flows more rapidly. This process produces fast-flowing channels in the ice sheet, known as ice streams. 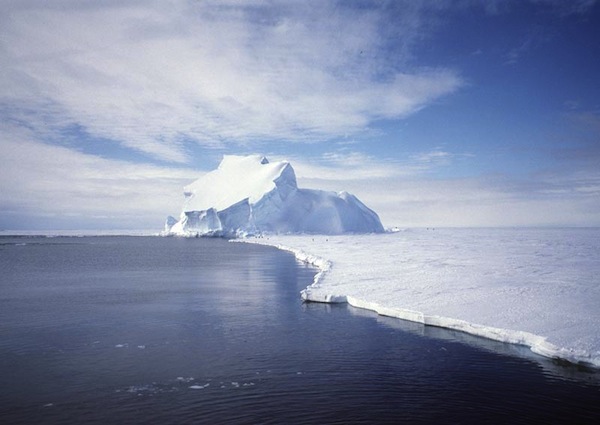