Mount Erebus is the highest and most active volcano in Antarctica, it is located on the Ross Ice Shelf. One of the Volcanic Seven Summits, and the largest of 4 volcanoes that roughly forms the triangular Ross Island (Mt Erebus, and the extinct Mt. Bird to the north, Mt. Terra Nova and Mt. Terror to the east). Mount Erebus was discovered by explorer Caption James Clark Ross in 1841 and first ascended in 1908 by members of Ernest Shackleton’s expedition. 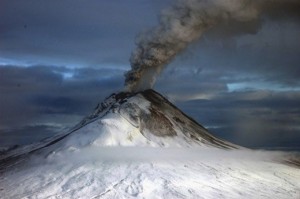