Posted by Hugh Bowring in Progress Report on April 6, 2013

The Ice Team moved all loads 25km and are camped on the blue ice area at the bottom of the next technical section. Visibility and contrast have been limited for much of the day today, but despite this they have made good progress. The last 3 km required the relaying of loads as the Cats lost traction on the blue ice. 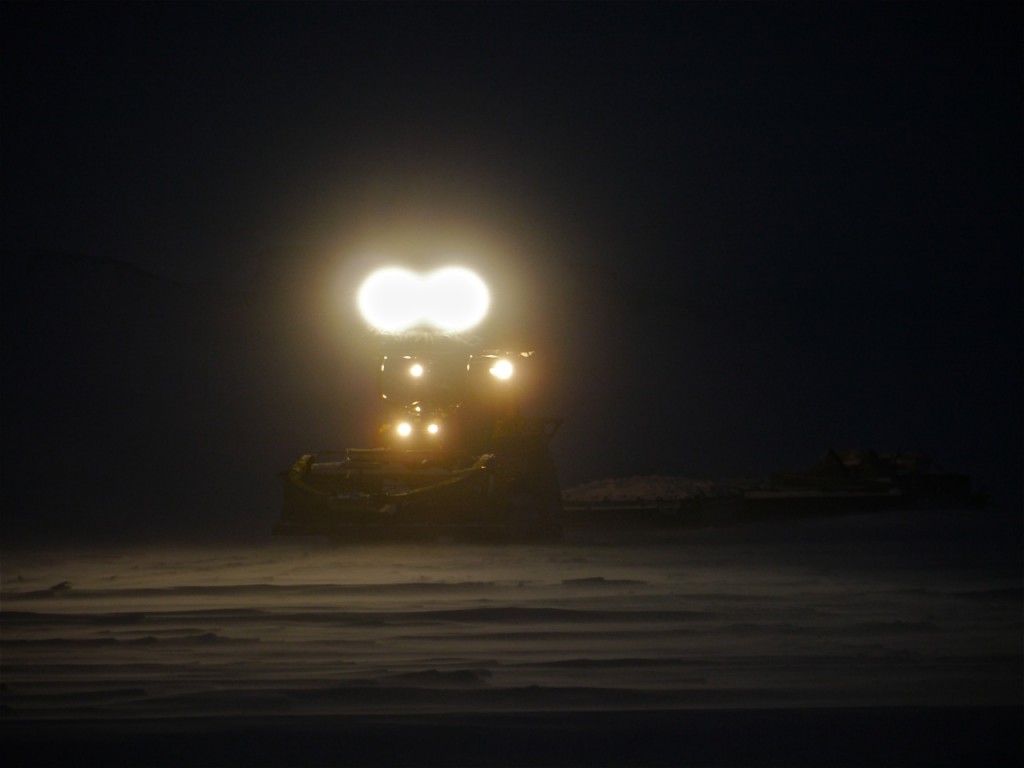 Met observations, snow sampling and medical tests are on-going. For the next four days one of the team will be undergoing medical testing each morning for four hours, which means the rest of the team are having to juggle responsibilities to keep the Ice Train moving.

Tomorrow is a very tricky day for the team. There is 7km of blue ice between where they are now and the fuel depot. They will begin by checking out the route, which has been previously marked to our fuel depot, with steep slopes and numerous crevasses to negotiate. Once Brian and the team are happy with the route they will then start ferrying small loads to the depot.