Posted by Hugh Bowring in Progress Report on May 29, 2013

The wind dropped to a very gentle breeze yesterday making life much easier for the Ice Team as they continued their progress over the crevasse fields towards the six remaining fuel scoots. The team shifted camp 500m in four loads, but despite all the careful reconnaissance and GPR surveying they still opened two crevasses which had to be repaired before crossing.

Today the team will continue with GPR surveying and preparing the route as required, before shifting more loads towards their next destination. The fuel scoots are still 4.3km north, although Brian and the others are hoping/expecting that the remaining distance will be a lot easier to pass quickly than the 700m behind them. 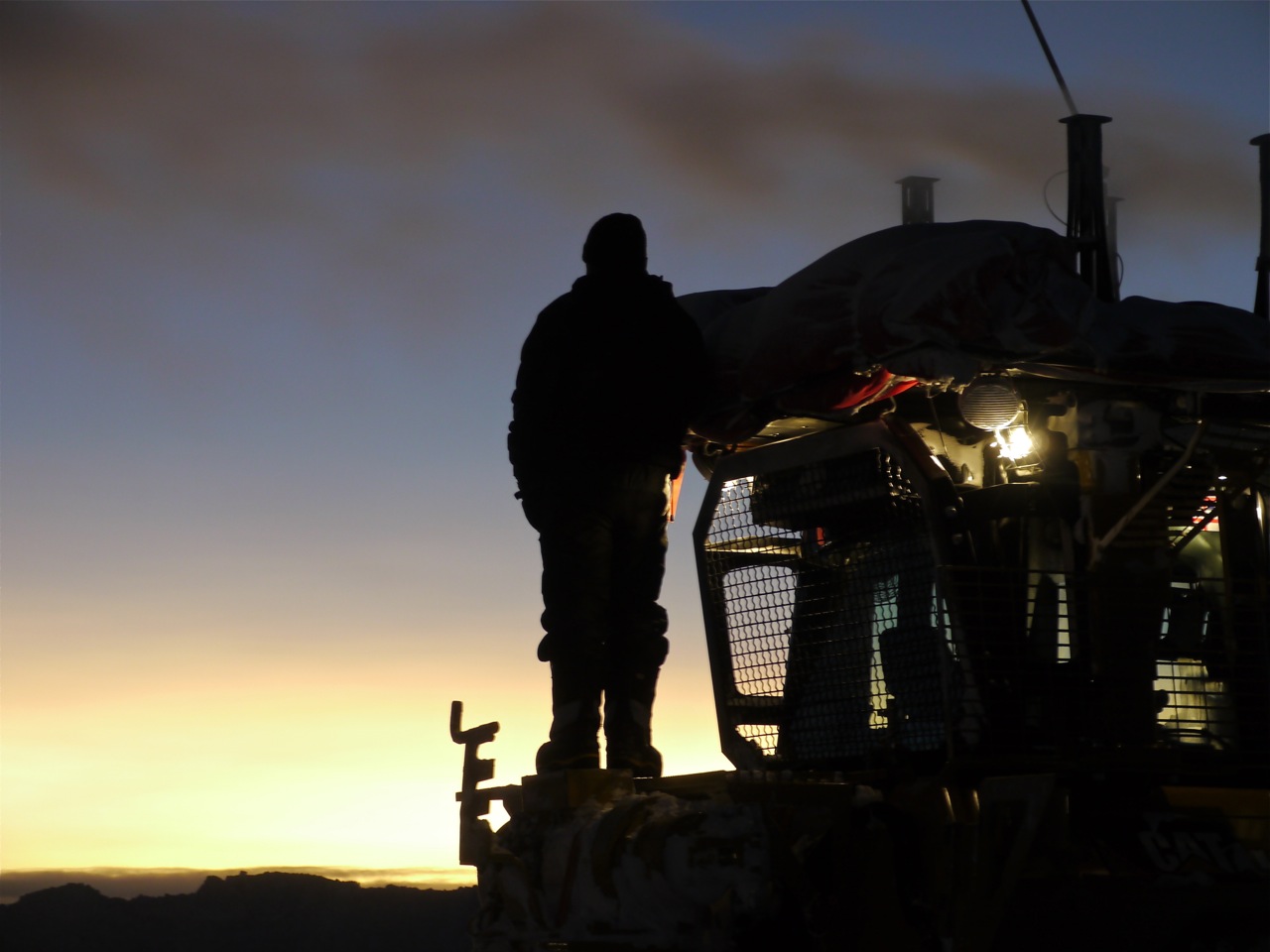