The Blog / The Not-So Big Dig

Posted by Hugh Bowring in From the Ice on September 7, 2013 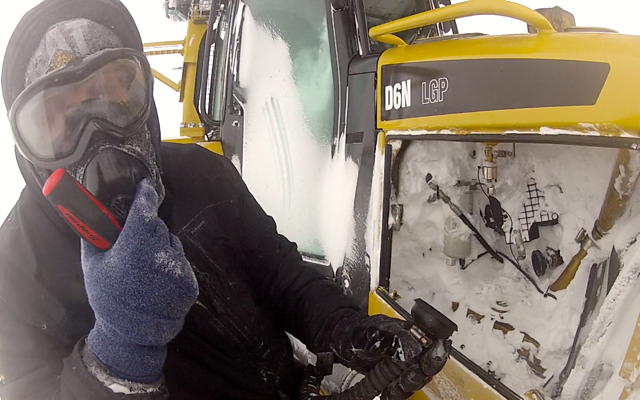 We woke this morning to moderate winds of around 20 knots (23mph) with low blowing snow dusting the camp.

Brian came back in from his morning MET observations to say the weather had cleared sufficiently and the temperature was up in the mid -30Cs, so we were all set for the start of the ‘Big Dig’. 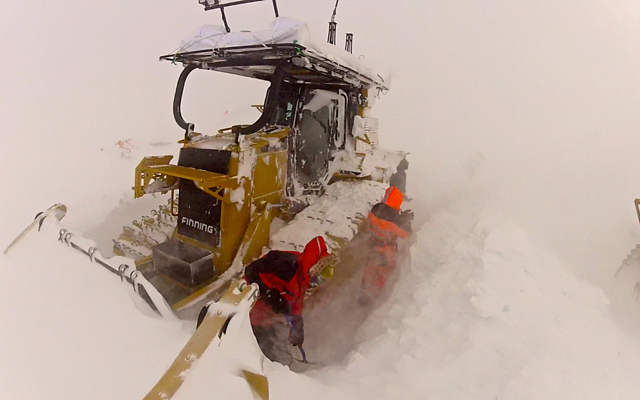 Once everyone was fed and watered (no work can commence without a good morning’s brew up) we kitted up into our finest digging attire.  Nothing is ever complete on this expedition, however, without our Science experiments being thought of and everybody was handed a small ‘dongle’ to wear around their necks while digging.  The dongles measure all of the body’s movements throughout periods of exertion for later study back in the UK.

Spencer and Rich were going to start clearing the engine bays on Seeker, while Brian, Rob and myself were to start digging around the Cat.  The upwind side is clear of any snow build-up, however, the downwind side has a snow drift almost 2m high, tapering off to a meter, about 5m behind the Cat.  This snow on the downwind side completely covers the tracks so we needed to dig all of this out so the track frames, C-frame and tracks themselves were clear of snow. 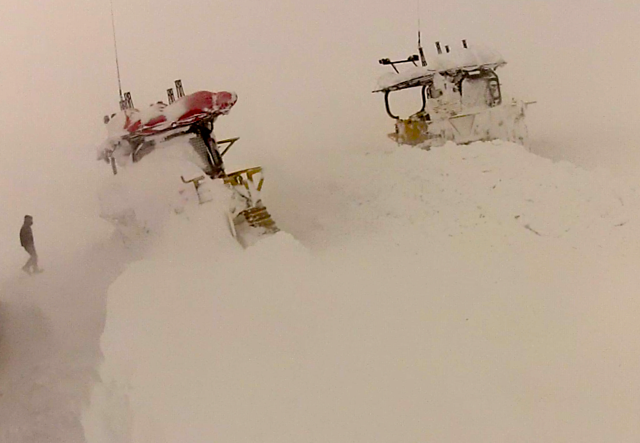 Drifts behind the Cats

As has been our luck up here on the plateau this winter, we had been digging for all of 30 minutes or so when the winds began to increase.  We had a solid 30+ knots of wind, bringing with it blowing snow and whiteout conditions.

We decided to carry on and complete the dig, as the compacted snow around the vehicle still required moving, however, it was too bad to start the warm-up process.

We had Seeker clear of snow by lunchtime with the engine bays clear and ready for switching on the Webasto pre-heating systems.

Due to the winds and blowing snow I have no doubt that our next clear day will involve digging the same amount of snow out once more, although this time it should just be fresh powder instead of the concrete-like, wind-blown snow we moved this morning.

With the ‘Big Dig’ on hold, there was nothing for it but to retire back to our caboose for lunch and another cup of tea. Or 10. 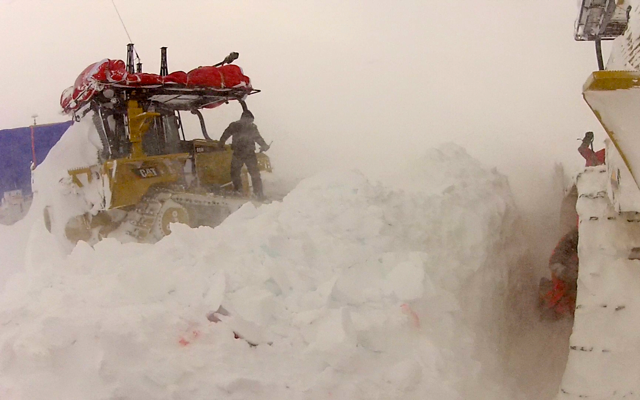 That snow in the engine compartment looks like a nightmare to clear! Is it compacted and solid or does it brush out relatively easily?

Is there any reason that the red thermal covers on top of the D6N’s are not deployed overnight to prevent this?