The Blog / The Bubble 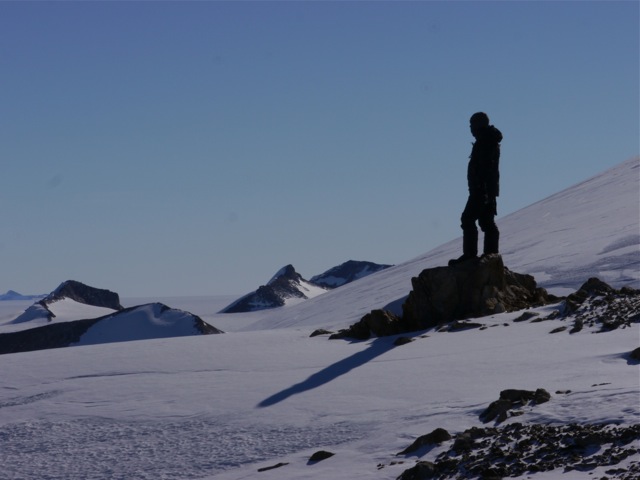 Just to the west of last night’s camp was an enticing ridgeline with fairly easy access so there was a morning raid which gave spectacular views of glaciers, peaks and nunataks. It was well worth the effort. Then it was back to business and we were soon on the move. Our target for the day was a shallow col 8km to the north to which we had done a reconnaissance yesterday with skidoos and the ground penetrating radar. It was the first outing for the skidoos since winter as they had been decommissioned when the temperature dropped into the minus 40s and they had also suffered from the altitude. We leapfrogged the four loads in 4km stages and by evening everything was together in the col. It’s an amazing view and it’s a place where you want to linger. It’s also a rather poignant place for not far away to the north we can see the Princess Elisabeth Research Station which will mark the end of our journey. The station is unmanned over winter so it’s not inhabited until the first aircraft arrives in a couple of weeks’ time, but it is our first view of a link to the outside world. Our bubble of isolation and self-reliance is soon to be burst and it’s a bit of a quandary: do we cling to the stretching bubble and what has been our world for so many months or do we cast it aside and grasp what will soon follow? For now we can stay with the bubble.