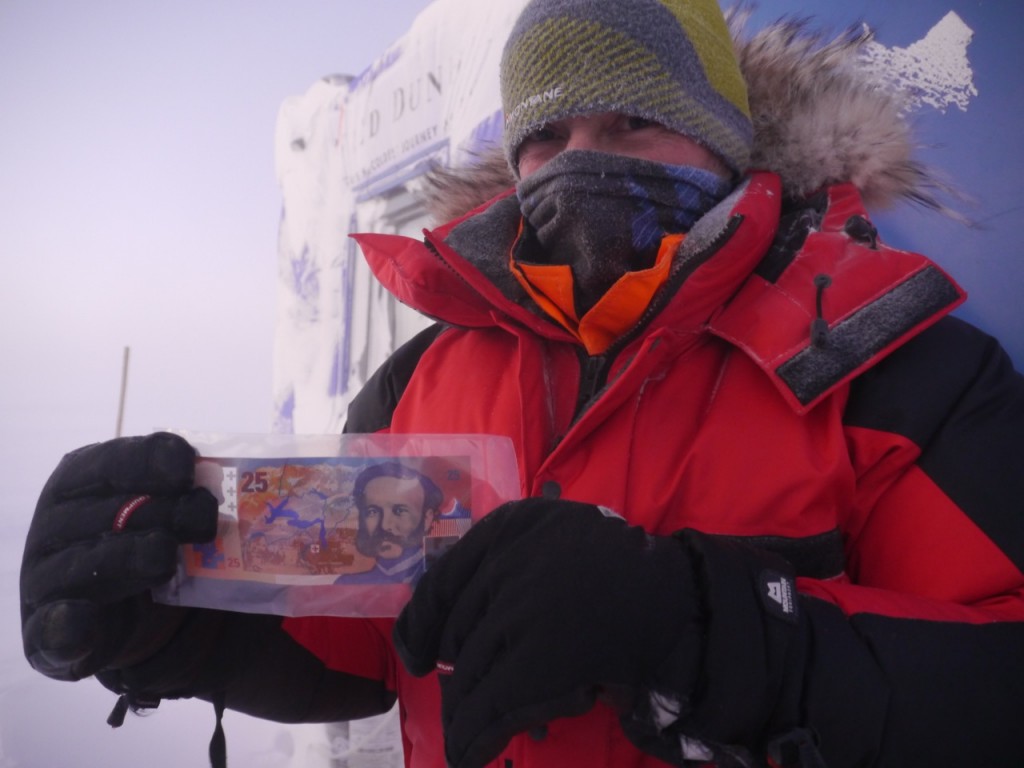 Regular followers may remember the blog many months ago about our food. We started our journey with enough food for a year. It is organised in bags and each bag contains what we need for a day. There are a few exceptions to that as there are some items which cannot freeze and they are stored in the caboose whilst the bags are stored outside in aluminium Zarges boxes. Each box contains the food for nine days. It’s a system that has worked exceptionally well.

When the mammoth task of sorting and organising the food was done it posed a particular problem in that we needed bags of sufficient size whilst also requiring a type of bag that would not split once it was subjected to very low  temperatures. Freezer bags were the obvious choice but we simply couldn’t get them in a large enough size.

Innovia Films of Wigton, Cumbria, came to our rescue and produced the bags specially for us and they have been fantastic. Not only that but they produced them in super quick time and their interest and enthusiasm in what we were doing was great.

An unlikely spin-off from that is that Innovia Films are involved in the development of a new breed of polymer bank note and various countries around the world are looking to use these notes in the very near future. To help this development we are carrying a couple of test notes to see how they perform in the extreme conditions of the polar winter. They have been outside for quite some time so have had a fairly rigorous test with temperatures frequently below -50c and winds up to 60 knots (69 mph).

The notes we have are not legal tender as they have just been produced for trials but there is a slight irony in that we are testing these notes in the only continent on the planet that does not actually have its own currency. Now that’s a strange but refreshing thought, a continent without money.

A continent without money but two ATMs

Are you still enjoying a fresh loaf a day? I seems to remember reading about that some time ago. As for polymer bank notes I don’t quite see the point. Weather proof bank notes but no where to spend them.

Well done. Spring now so it should be getting warmer. Get thos motors going