Posted by Hugh Bowring in From the Ice Progress Report on April 20, 2013 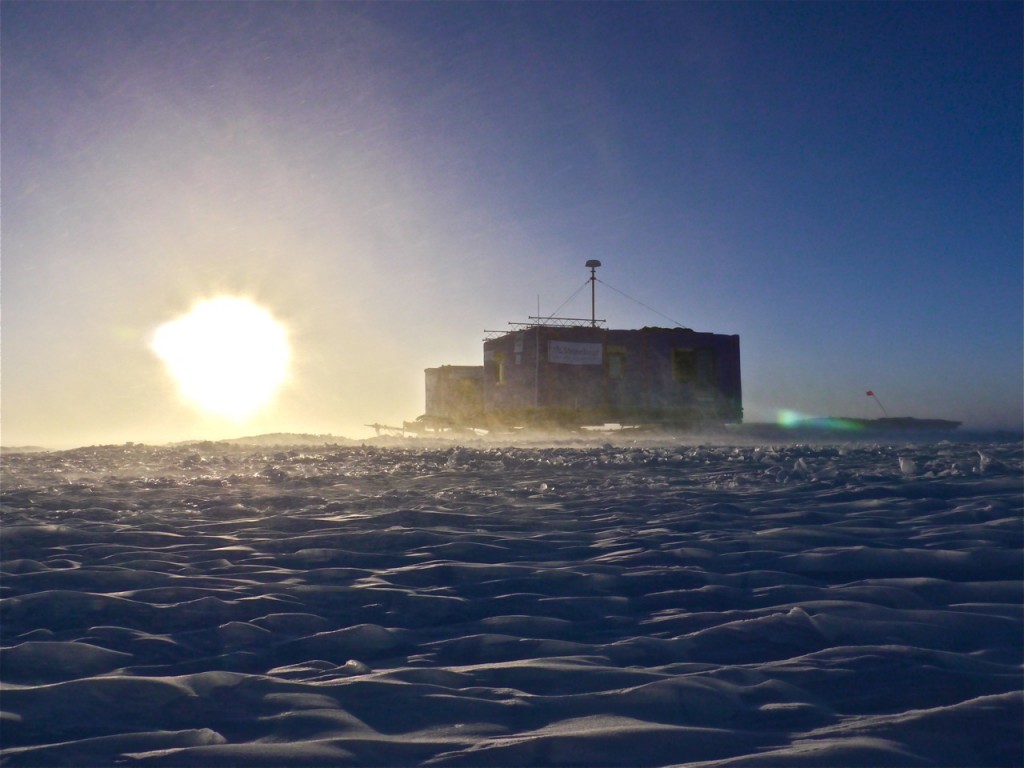 All eight remaining fuel scoots have been brought up to last night’s camp in pairs by double-head. We then started to move both cabooses further south but very quickly encountered difficult terrain with honeycombed ice. Progress has been very slow and with fading light we called an early stop for the day whilst we formed a strategy for tomorrow.

We have approx. three kilometres of blue ice ahead of us but we are hoping that once we are off the current high ground that the terrain will ease.

Good luck on that blue ice. I send wishes of good friction and traction.

Good luck everyone, may the weather gods be with you and give you good weather and smooth surface, not the blue ice kind, to help your progression.