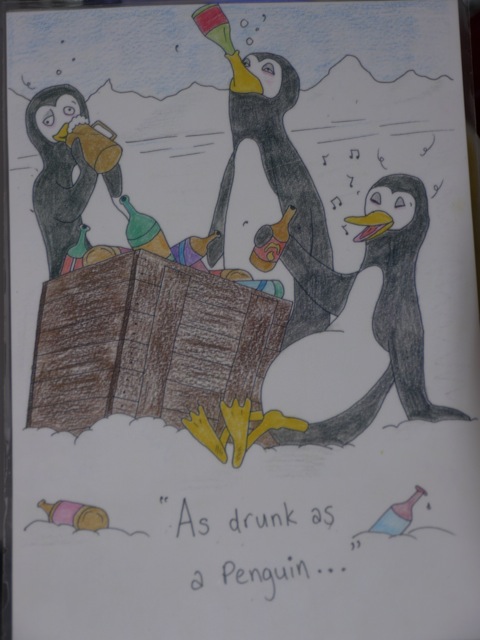 In the Antarctic community the winter solstice is a significant event for it marks the slow return of the sun.

The latitude of where you are on the continent will determine how long the winter darkness lasts but for all who winter here the passage of Mid-Winter’s Day is a very significant event. It means that the sun is slowly on its way back and the day when it actually appears above the horizon for the first time is hugely momentous.

For us the winter is considerably shorter than we had expected for no other reason than we have not got as far south as we had hoped. Despite that, it has been quite some time since the sun dipped for the last time and it will not appear again until the 5th August. 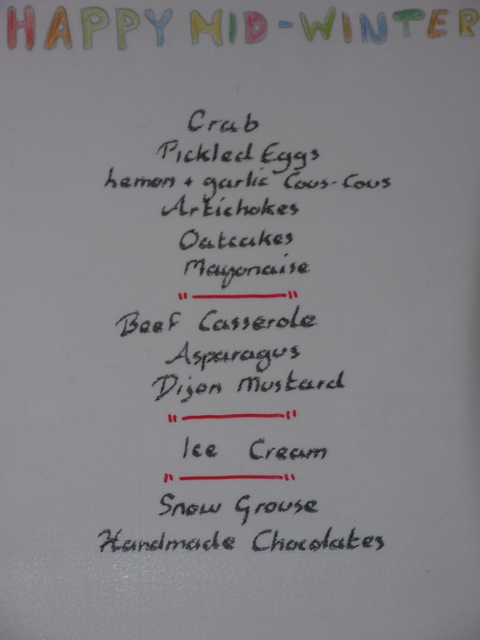 So, today we are marking the solstice. At the Antarctic research stations, which are thinly spread around the continent, there will be universal celebrations. Traditions vary from station to station but most involve a day of partying and lavish meals; other more strange traditions may involve a naked streak around the station or a dip in the icy waters of the sea. Greetings are past between stations and nations and there is a camaraderie that everyone is sharing a special day and many take the opportunity to acknowledge our privilege at being able to witness and briefly be a part of this amazing continent.

We are no different and we have been very fortunate to be included in this international spirit and have received messages from far and wide. With our limited resources and somewhat confined space we are trying to make something of the day. We lack the many traditions which often drive the celebrations on the permanent research stations but we have a few hidden surprises which generally focus around food. We had a slap-up brunch for lunch, which nearly saw the last of our fresh eggs – it’s time they were eaten having left Cape Town on the ship in early January!

This evening we have another gourmet meal and it should be fairly festive. We have a bottle of fizz, which was intended for our arrival at the Pole – but that is sadly not going to happen, so this seems like a good alternative. There are Christmas crackers, a box of surprise food and even a printed menu, all kindly put together by friends at home. It’s going to be a good evening.

Tomorrow we will wake with the knowledge that the sun is on its way back to us. Day by day the glimmer of light on the horizon will grow and eventually the sun will burst upon us and return us to a world of shadows and colour. That is not to say that the winter is without its glory for the moonlit nights, the dark starry skies and the aurora are incredible and it’s one of the reasons that the polar stalwarts keep coming back. But the return of the sun is such a pivotal moment in the seasons that it deserves a special place in the mind.

We toast you all with Mid-Winter Greetings. 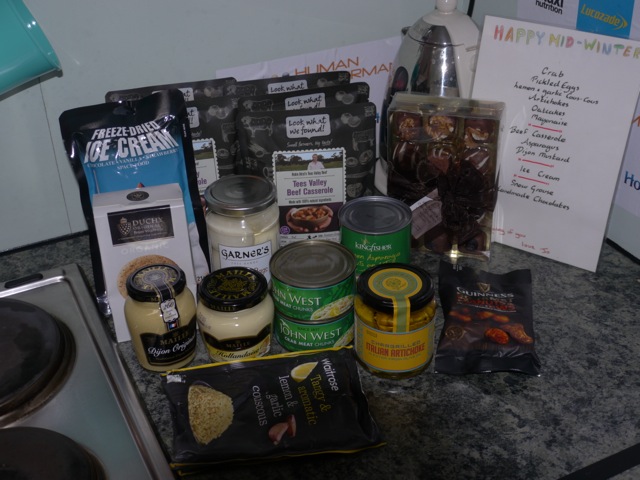