Posted by Hugh Bowring in From the Ice TCJ Education Updates on November 12, 2013

Well, what can we say from myself and Mary Mouse, this will be our final update to The Coldest Journey Facebook page and website from the Antarctic continent.   After spending a winter camped on the plateau, we finally started to move north on the 22nd September and headed for Princess Elisabeth Station in the Sør Rondane Mountain range.

Mary and I have managed to put a winter in by completing our science and medical studies, carrying out daily tasks, watching movies, digging snow caves to sleep in, cooking and knocking up the odd batch of pancakes that the rest of the boys horsed into. After a few tricky weeks of winching through the crevassed areas we made it down through the difficult terrain known as the BMX track, over the Hill of Hell, and onto the lower part of the plateau – a few days later we were in the glorious Sør Rondane Mountain range where we managed to fit in a few days ice climbing to take some nice photos and video of the area we were in.  We then proceeded down the hill into the valley of the three holes where we spent a week or so doing an initial sort out of our cabooses and scoots, digging out the heavy, hard compacted winter snow, as we had a massive thaw on and did not want the snow to melt and refreeze in places it shouldn’t be.   After this we carried on down the valley to the opening mouth of the valley, this looks in the bright sun as if you are driving on a sea of white snow with the land at either side of you and islands to the left and right of you in the distance. 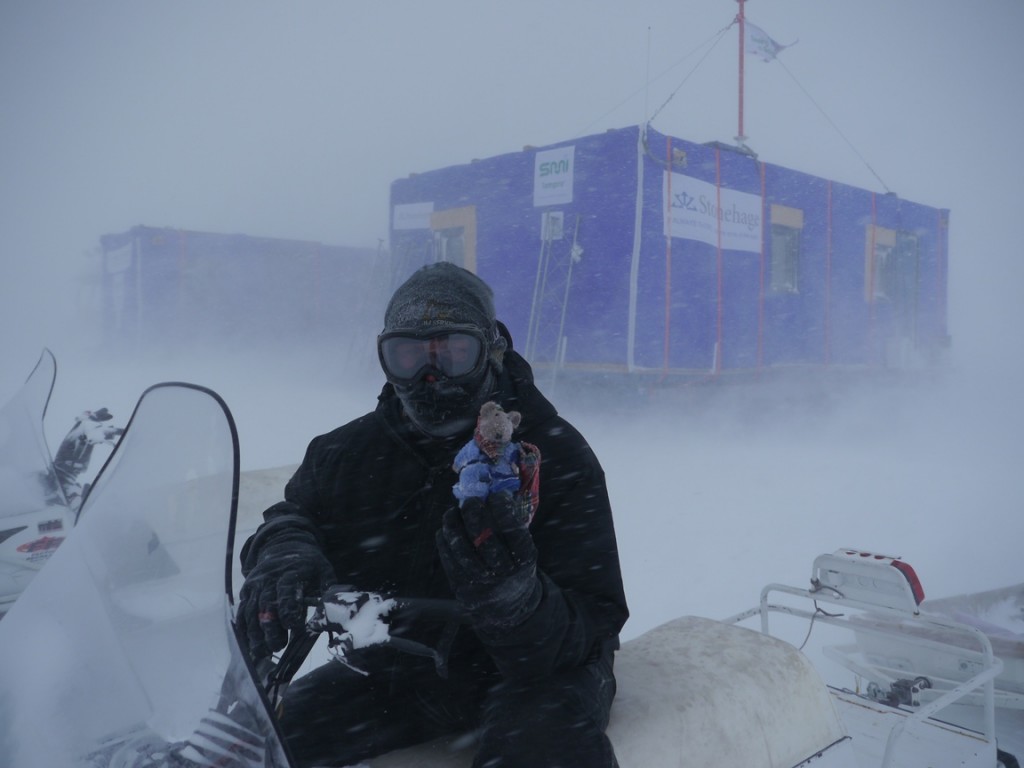 We arrived at Princess Elizabeth Station about three days later, on 1st November, when we started to sort out our equipment for the trip home. This was a daunting task as remaining sponsor photos needed to be taken, everything taken out of its place and packed into boxes and the CATs stripped down to be sent home with additional parts being stored in the container.

It has been as opportunity of a lifetime to come down here and experience a summer and a winter in Antarctica, not many people have the chance to do this and for that I am grateful.   I do wish that we could have gone further or completed the journey, but conditions and terrain have not allowed us this pleasure.  But we still managed to raise money for Seeing Is Believing (SIB) which was our main aim, and there is still a chance for everyone at home who has not already given to raise a few more pounds for the charity.  Mary and I would like to say a big thank you to Ran, Joanna and Anton for their work in raising money in different parts of the world for SIB, to everyone at home in the UK who have worked so hard to keep our website and Facebook page up to date, to our very generous sponsors, without whom this whole expedition would not have made it past planning stages (in particular to Standard Charter Bank who have matched every donation to SiB pound for pound).  One more thank you has to be said to the educational side of the expedition, which has kept kids informed of a place on our planet that many people will never get the chance to see.  Maybe this expedition will inspire and encourage the next generation of explorers, scientists and doctors to take up a post in Antarctica carrying out vital studies.

Mary and I will be glad when all the work is done and we can enjoy the last few days here in the mountains, getting a few last photos before we head to Cape Town for a few days’ holiday and then onto London Heathrow and Christmas at home.   Hooray! 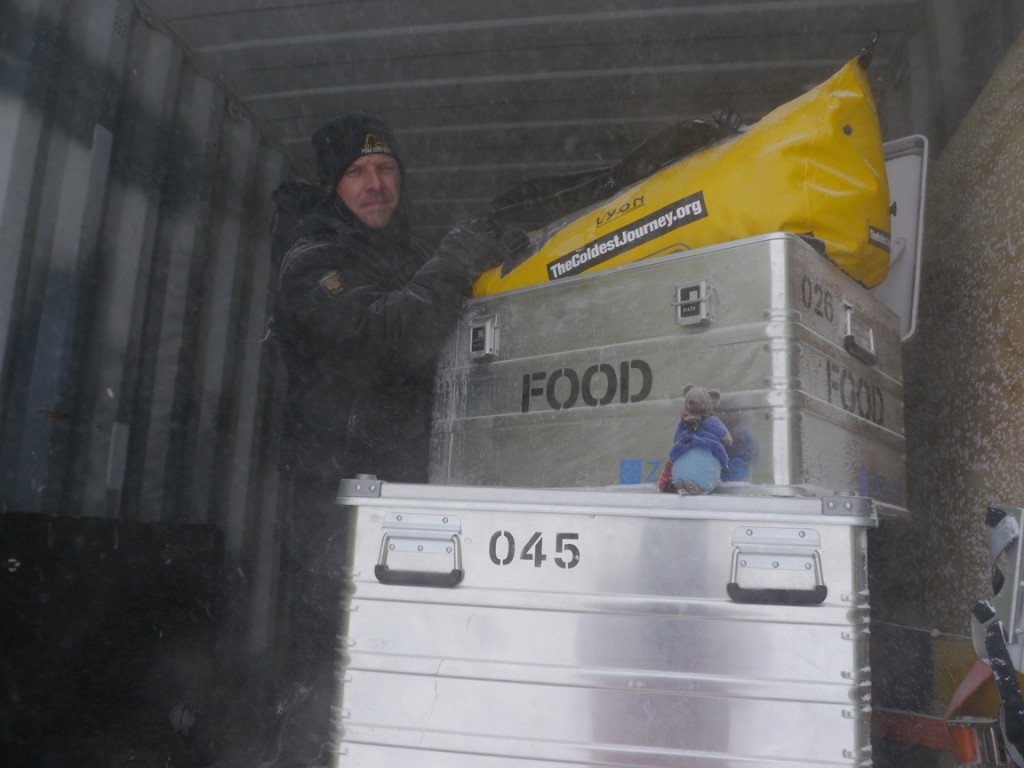 Christmas at home, At Home for Christmas, that wish will soon be comming true for you “Famous Five” fellows, well done & good on you all. But after the holidays, will you not be returning to Cape Town & then onward South to Aunty Arktika to collect all your left overs? Am certain that if there are any crumbs left in any of those boxes, they will be gone by the time they reach the UK. Here’s to seeing you on the sunny beaches of Cape Town, soon? Slange! Alun