The Blog / Iridium – our link to the world 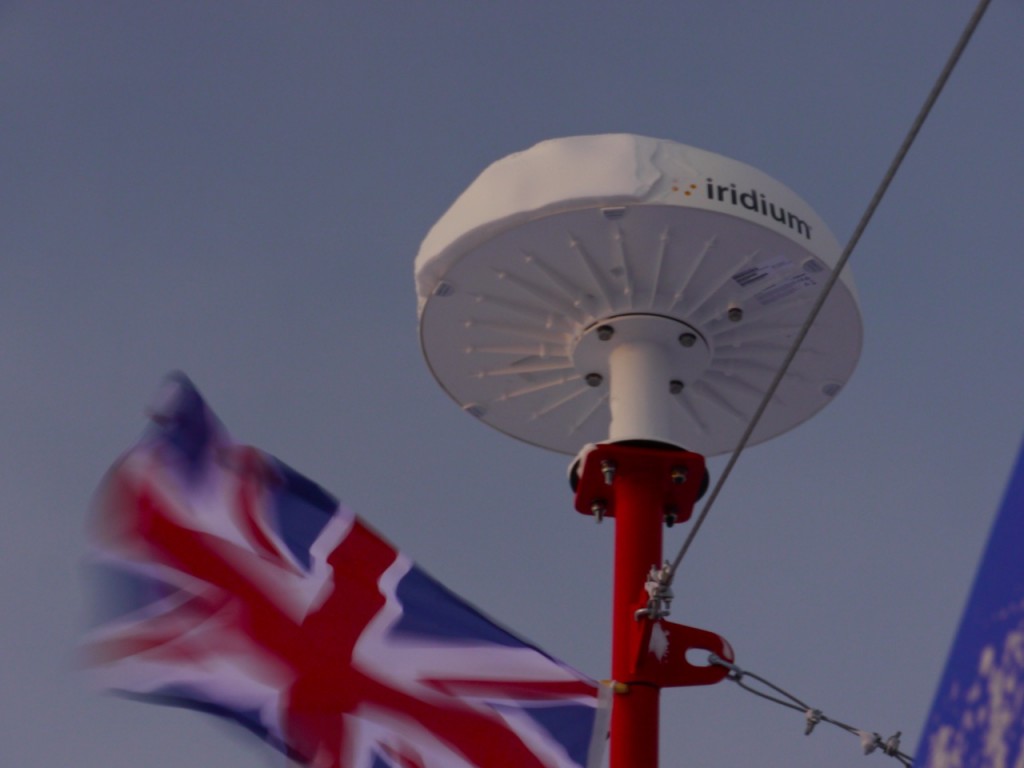 It’s now seven months since the ship left us at the coast, and as we started our journey and worked our way up onto the polar plateau in the advancing winter it was very obvious how isolated we were. Our nearest neighbours are 470km away at the Russian base of Novolazarevskaya with the Indian base of Maitri very close to them, but the reality is that it would be extremely difficult for us to get to them  – we would probably need to go south before turning west and then north. It all adds up to the fact that we are definitely on our own and with absolutely no chance of outside assistance during the winter.

Some of us on the team have previously wintered on permanent government-funded Antarctic research stations, but this has been a very different experience. Not only are we a very small team, but we are also in a very confined space and we lack many of the comforts and the considerable backup that exists on these stations. There is no doubt that we feel a lot more committed and self-reliant, and the fact that some of our science projects are related to space programs suggest that our feelings are well-deserved.

None of this is unexpected to us, but it does highlight just how important and how comforting it has been to keep in touch with the outside world during our journey.

It will probably be no surprise to hear that we are using a satellite based communication system and we are incredibly lucky to have great support from Iridium, who have provided us with an Iridium Pilot™ systems (voice and data), as well as several smaller handheld Iridium Extreme™ phones (voice only).

In today’s world it’s easy to take communications for granted, but the reality of the practical aspects are intriguing. The Iridium constellation includes 66 satellites flying in six orbital planes with 11 satellites equally spaced apart from each other in that orbital plane. The satellites have polar orbits at an altitude of 485 miles. Each satellite completely orbits the earth in 100 minutes traveling at 16,832 miles per hour. From horizon to horizon it takes 10 minutes. As satellites move out of view from the satellite user the call is handed over to the next satellite coming into view. The fact that these satellites are all in polar orbits means that we have more than our fair share of satellites passing overhead, but wherever you are in the world if you can see the sky you will likely have Iridium coverage. Incredible.

This great system has allowed us to communicate with the world in a way that was unimaginable in a previous generation and it’s provided us with a fantastic ability to share our story. Of course, it’s helped us with our routine communications with HQ in London, but beyond that it has allowed us to engage with the world in ways that have not been done before on this kind of extended and mobile expedition. We can talk directly to children in schools, which we hope will give them inspiration and interest, we can do live interviews with TV and radio stations, we can send and receive important weather information and we can send science data and images direct to the scientists in real-time to allow their expert opinion and feedback. Beyond that are our charitable aims with Seeing is Believing and we can talk live to events and fundraising initiatives, and spread the word about the huge opportunity to help reduce avoidable blindness around the world. On a more domestic level we can feed our social media where, within minutes of taking photos, we can have them posted and hopefully inspire and educate all who are following us. The ability to keep in touch with friends and family has been a great outlet during the months of darkness when outside the temperature has been below minus 50C and the small Iridium antenna sits quietly and reliably on the roof telling our story to anyone that wants to listen.

Incredible to think that the ice team’s link with the outside entirely depends on such a fragile looking piece of equipment. What an amazing sponsor.

Communication is all important in today’s world. It has been fantastic getting your pictures and blogs. But I sometimes think of earlier explorers writing letters home which they knew would not arrive for months. Do we depend too much on technology I wonder? Note books and diaries of older expeditions are treasured items now in museums now. Will we be able access your blogs and pictures in 100 years time?