The Blog / Anton’s latest blog – Part One of Three

Posted by Hugh Bowring in Aboard SA Agulhas Team TCJ on December 27, 2012 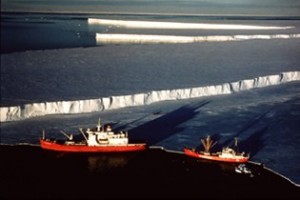 It has been a long day, but what a day! Breakfast at 7.30 was a simple affair but included homemade bread and cakes. My admiration for the catering team under chef, Mogamat Khan, and chief steward, Clint van Rooy, is boundless. They have performed miracles every day and today they surpassed themselves.

Before I go into a description of the day’s activities, it might be worth describing normal ‘expedition’ routine on board. For me, as co-ordinator of the marine activities, it is largely an administrative role spent in the expedition office. This was previously the radio officer’s cabin on the bridge deck. It is now redundant in that role (there is no requirement for a radio officer on board). When we arrived, the cabin was gutted of all furniture and fittings. The carpet had been removed and the room had the forlorn look of an elderly, semi-derelict portacabin about it. Nevertheless, Clint made some metal trestles and plastic chairs available and before long we had our Iridium communications centre and office with computers, printer and all the normal stationary (generously provided by Rymans) set up and in good running order.

Each morning, after breakfast, I climb from the dining room four decks up to the office. In expeditionary terms, this is my ‘Eiger’ or my ‘Everest’. Although I’m referred to as ‘Co-Leader’ the difference between Ran’s role and mine is that he is a proper expeditioner of the traditional sort with rucksack, crampons and Kendal Mint Cake. While I am very much the bureaucrat, (suit, tie and ginger nut biscuits). For the past five years, the project has been a planning exercise. Now it is in the early stages of ‘execution’ but, for me, that means more planning and administration. It is no hardship (or not often). I enjoy the work and together, undertaking our specific roles, Ran and I make a reasonably effective team. Together with Tris, in London, and the wonderful group who manage the flow of information and support (Hugh, Vicky, Isabel and Rosie), over the past five years we have transformed a simple idea (to cross Antarctica in winter) into a reality.

My biggest concern is to provide the expedition with the shipping requirements in an affordable way. Five years ago we had no money and no sponsors. A ship of the size of SA Agulhas is a very expensive beast to run. Thirty years ago, we undertook a comparable operation, The Transglobe Expedition, (see www.transglobe-expedition.org). It was the first, and remains the only, longitudinal, surface circumnavigation of the world via both North and South Poles. It took three years to complete. For the entire period, we had a small ship, the Benjamin Bowring, to support the project and deliver the expedition team to Antarctica and the Arctic as well as retrieve them after they had completed their polar crossings. Described by our Patron, HRH The Prince of Wales, as “Mad but Marvellous”, the expedition was a great success following seven years of preparation and planning. Coincidentally in 1980, both the Benjamin Bowring and SA Agulhas were in Antarctica together alongside the sea ice (see picture). The smaller ship is the Benjamin Bowring. As you can see, the SA Agulhas is considerably bigger and, together with the changes in modern legislation governing, among other things, pollution and safety at sea, the running costs today are in a different realm. So, in order to combat such outlay and remain within our very limited resources, sponsorship is absolutely essential. An immediate example is the ship’s arrival in Cape Town. The free berth we were promised has, sadly failed to materialise. I was told last Friday. The message also stated that we would have to pay, in full, for the berth before we would be allowed into the port. With all the banks shut and no idea of the likely costs, this has made our arrival very uncertain. So, within the next forty eight hours, I shall have to find a way to resolve the problem. This is my expedition! It has challenges a-plenty even if they are not the sort you would normally associate with expeditions.

The office fills during the day, Jill (my wife and one-time Transglobe Expedition member) is working on the schools initiative, supplying Durham’s Educational Development Services with raw material for the resource packs which are available to schools throughout the Commonwealth. Jill is very brainy (unlike me) and is ideally suited to this task. She has worked her way around selected departments of the ship gleaning information for teachers to present to their students. Most recently, with Jonathan, the engineer training officer, she has inspected the workings of both the desalination plant and the sewage treatment unit. She now knows intimately how we make fresh water from the sea and, having consumed it, how it gets bacteriologically processed and disposed of back in the sea. Jonathan is a regular visitor to the office. So too is Ray, the electrician, who has rigged a GPS satellite receiver unit in the corner of the room to a low voltage supply so that it can orientate itself in readiness for deployment in Antarctica as part of the Cryosat research project. During the course of the winter crossing, this will help to assess the extent to which Antarctica is affected by global warming.

Darren, the Doctor, is also a regular. He comes to the office to enjoy the quiet and studious atmosphere as he writes and prepares his series of medical articles for a South African newspaper.

New Zealander, John Parsloe (another ex-Transglobe Expedition member) is also with us. Originally, when we were looking to charter and man a smaller vessel, the Polarsyssel, John was going to be our Captain. However, as the expedition grew, it became clear that the Polarsyssel was too small and, when we finally selected the SA Agulhas, the need for us to crew the ship was not required. John has years of experience navigating in Antarctic waters and in recent years was employed as Ice Pilot on the polar cruise ship Discovery. He is a wonderful companion to have along. His sound judgement and quiet efficiency help me to get through the myriad of administrative obstacles which confront us each day. Meal times are always filled with stories of the sea and ice. Captain Dave Hall has commanded SA Agulhas on many occasions and has taken the ship to Antarctica in 12 separate seasons. Between them John and Dave have a wealth of experience which they share in conversation. I chip in with rather more modest contributions that usually involve the mishaps I encountered as a young man in foreign ports!

Heather is always willing to help with whatever is going on. She joined us in London to make the voyage to Cape Town. Although the oldest person on board, Heather is as active as any of us and has become very much one of our small team. She has been an invaluable help to Jill and me with all sorts of administrative tasks

The afternoons continue with office work and other duties, such as photographing for the sponsors or preparing material for articles (and this blog). I’ve also made certificates for everyone on board which acknowledges their role as members of the expedition ship’s crew. And we’ve prepared exactly one thousand expedition envelopes which have details of The Coldest Journey printed on a card insert. These will be sold to raise money for Seeing is Believing once they have been signed by the Ice Team members.