Posted by Hugh Bowring in From the Ice Progress Report on October 13, 2013 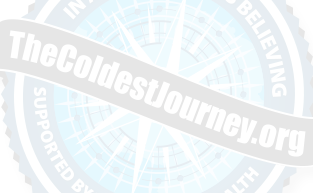 Current position: S72 13′ 30.5″, E023 25′ 00.2″ Altitude: 2070m Today’s action: Met obs. Snow sampling. Eight fuel scoots in two loads of four were taken down the descent into the valley which splits the mountains. The lower part of this route requires a braking Cat at the rear of each load. No problem with the route and it is good to get the tracks laid whilst the weather is so good. 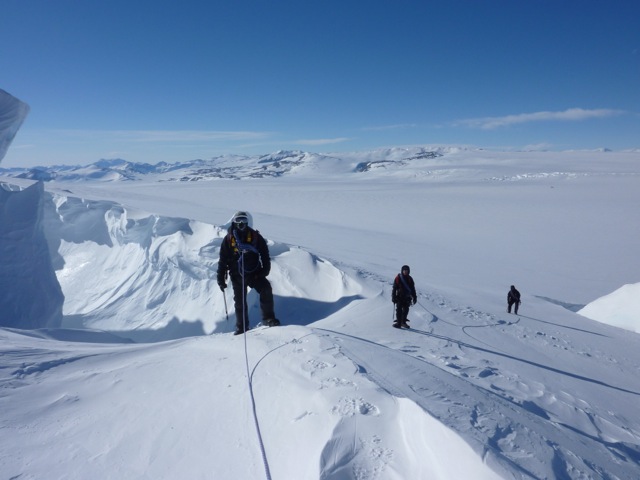 We had another local foot excursion yesterday to a small area of ice seracs to the west of camp. A four hour outing which got us amongst some impressive scenery. Grins all round. If you look very closely you can just see camp right of centre – a small dark spot out on the plateau. Gives a great idea of the scale of this place. More pics on Flickr (as always!)…