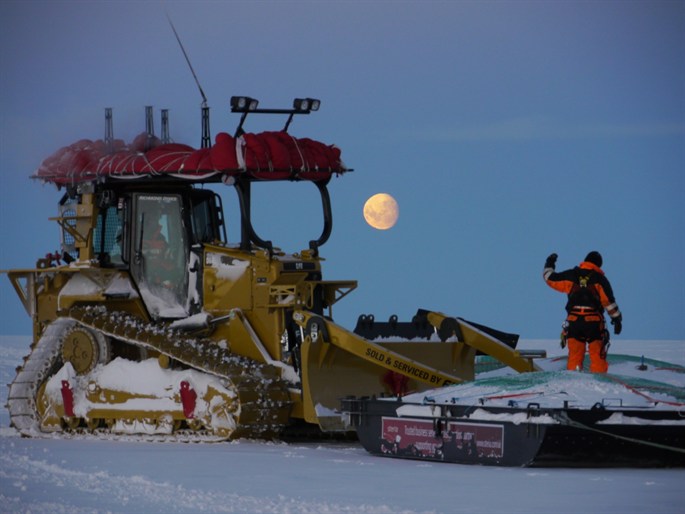 This spectacular shot by Brian Newham shows the moon hanging low in the ski in the dwindling light.

Can You Feel a Draft?

Posted by Hugh Bowring in From the Ice Videos on March 1, 2013

Hi All, Thought you might be interested in this video by Ian Prickett. It was filmed soon after the Ice Train left on its fuel drop, and is a good example of the continuing need for improvisation which the team will face throughout the expedition. Operations HQ,…