Posted by Hugh Bowring in Progress Report on April 9, 2013 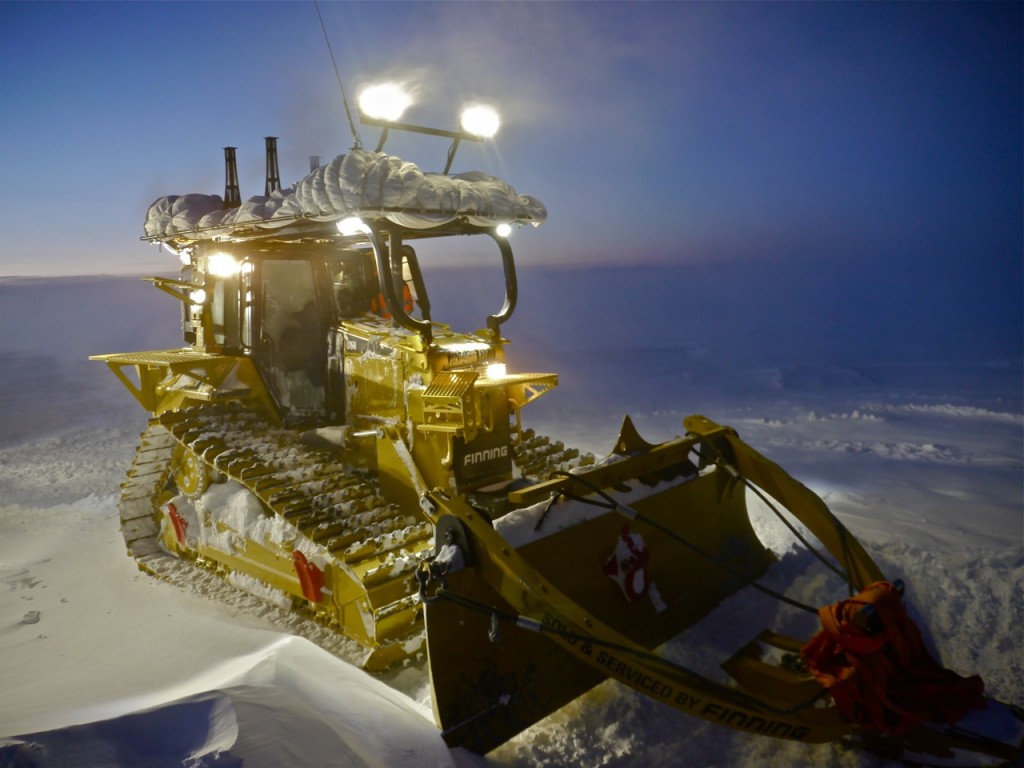 Strong winds and heavy drift this morning made any movement look unlikely but conditions improved sufficiently by late morning that Brian decided it was worth starting the Cats. It took three hrs to preheat, start and then warm the vehicles before they could start moving, but the gamble paid off. The team moved the storage container and a fuel scoot up to the depot before darkness called a halt to proceedings. Given the fact that the conditions are still far from perfect, and also that this is such a difficult section to navigate, Brian made the decision not to travel in the dark.

Meanwhile, the current medical research moved into day four of testing, and a number of caboose improvement works were carried out to improve various air intakes and exhausts which have been blocking in heavy drift conditions.

The plan for tomorrow is to move the remaining two loads (which include both cabooses and two fuel scoots) to the fuel depot with both Cats pulling each load, and then start reconfiguring the fuel scoots. After that the team will need to reconfigure the loads, including digging out the 80 drums that were left there, and carrying out some modifications to the fuel scoots left at the depot.